The national executive council (NEC) meeting of the All Progressives Congress (APC) has been postponed indefinitely.

Atiku Bagudu, governor of Kebbi state, disclosed this to state house correspondents at the end of a meeting that he and his colleagues held with President Muhammadu Buhari at the presidential villa in Abuja.

Bagudu, who is chairman of the Progressives Governors’ Forum, said the postponement was at the instance of the governors. 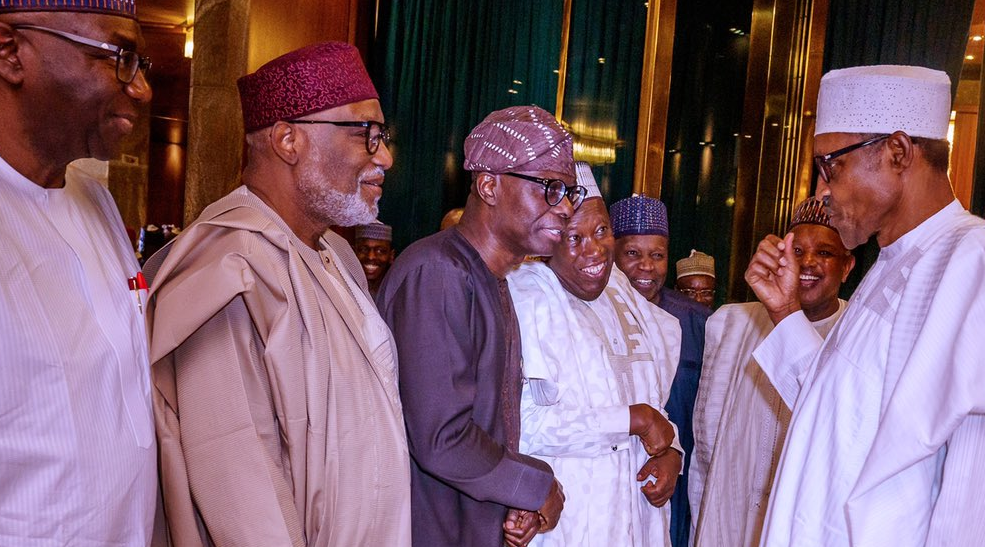 Buhari and some of the governors during the meeting

Rotimi Akeredolu of Ondo, Abdullahi Ganduje of Kano and Abdullahi Sule of Nasarawa were also in attendance.

The leaders of the party were divided over the meeting. On Sunday, Bola Tinubu, a national leader of the ruling party, had described the meeting scheduled for Tuesday as illegal.

Supporters of Adams Oshiomhole, national chairman of the APC, had said those plotting to oust him were behind the meeting.