Some protesters stormed the national secretariat of the All Progressives Congress (APC) in Abuja on Monday, demanding the removal of Adams Oshiomhole, national chairman of the party.

The protesters said his continued stay in office would bring misfortune to the  party, adding that his action led to a reduction in the number of the states controlled by APC  from 24 to 18.

Genesis Johnson, a spokesman of the protesters, said they were disappointed with the leadership style of Oshiomhole.

He accused  Oshiomhole of impunity, saying his poor handling of issues led to the supreme court nullification of the party’s victory in Bayelsa state.

“Look at what happen in Bayelsa state, it was caused by Oshiomhole and we say enough is enough .. We want him to park his load and leave that office. He is not the only Nigerian that can manage that office,” he said.

“Since he came into this office, he has been creating problems for this party. We suffered to win election and at the end of the day opposition members go to court to take over the state.

“We are not happy with his conduct and we are the party faithful we ask him to go.”

The protesters vowed to sustain the protest with the view to  seeing that the national chairman give way for the party to move forward.

Johnson spoke hours after Babachir Lawal, former secretary to the government of the federation, accused Oshiomhole of plunging APC into needless crisis.

Below are some pictures of Monday’s protest: 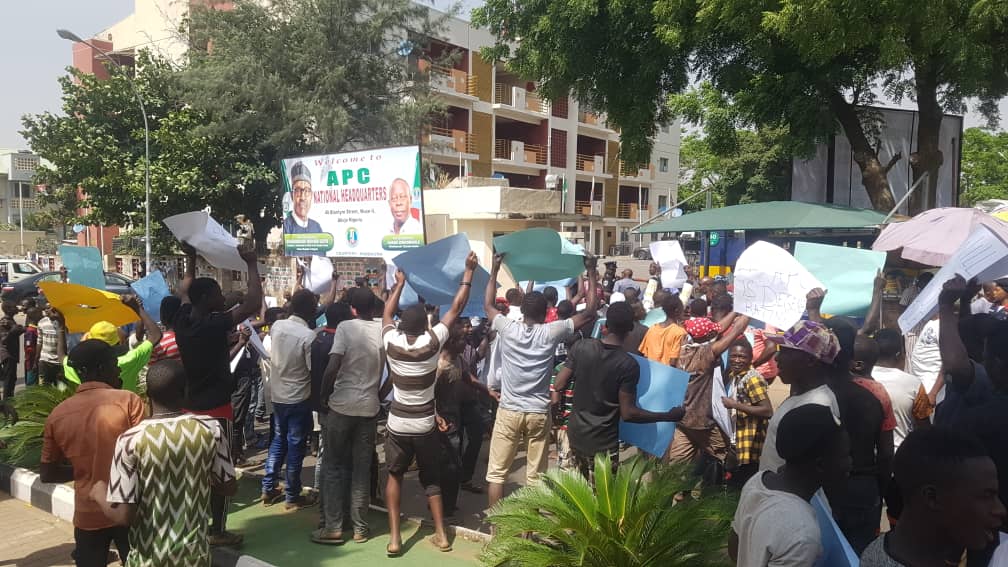 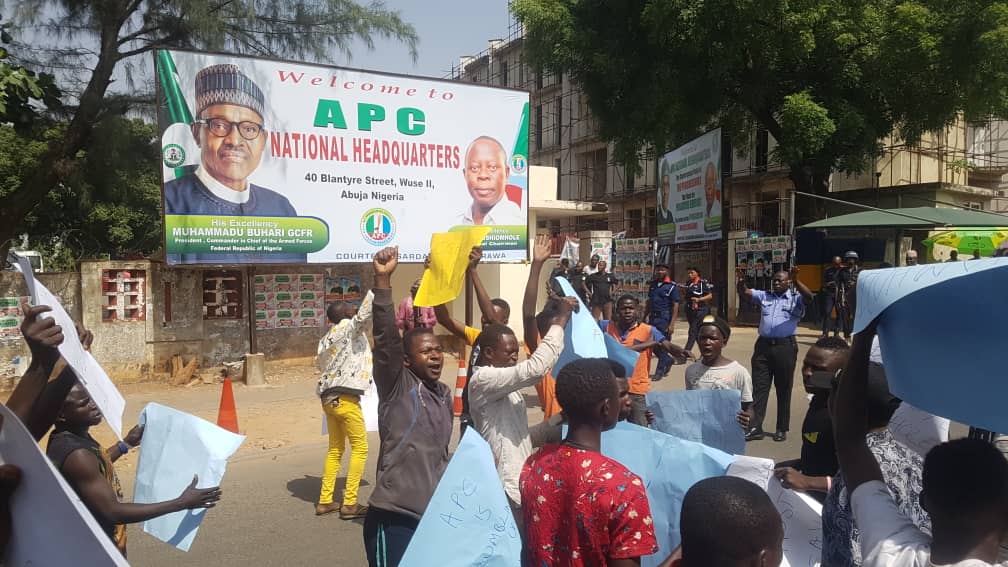 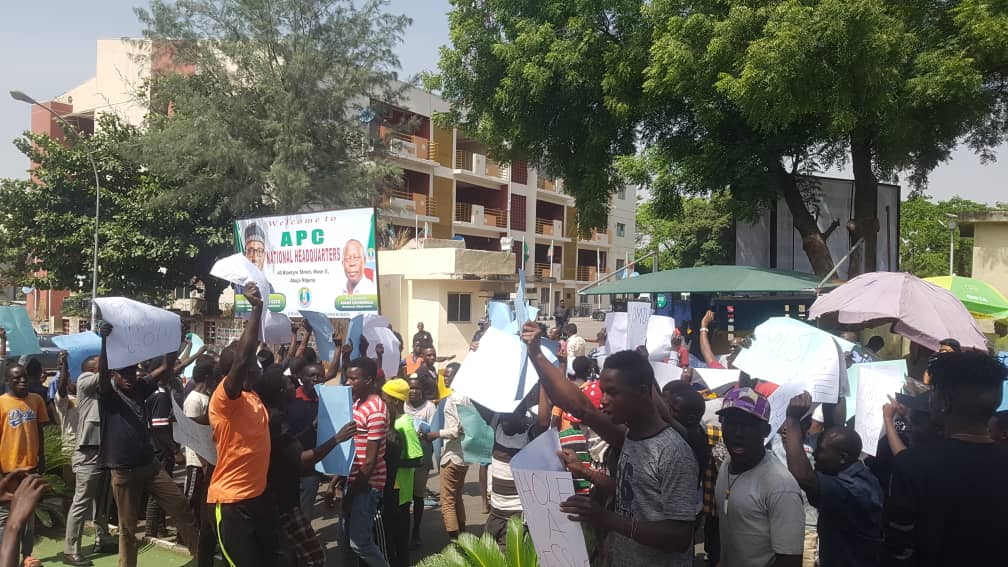 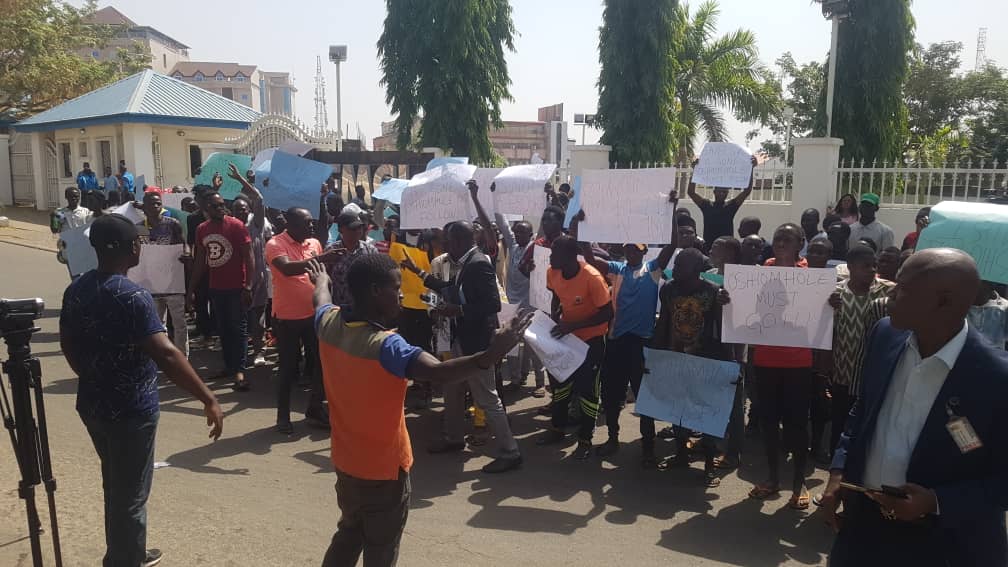